Wang Kuo-wei, the great scholar of the late Ch'ing and early Republican period, called the discovery of inscribed wooden slips from the Han (206 B.C.-220 A.D.) and Ch'in (265-420) periods one of the four great academic discoveries of early-twentieth century China.The exhibition here displays more than 200 pieces from the Han period excavated around the area of Edsen-gol. Edsen-gol is located near the northwestern border of the Chinese empire in the Han dynasty. To strengthen security on the border, starting from Emperor Wu, the government had citizens moved near the frontier. Further, it set up outposts and public inns, and appointed troops all over the north and northwestern regions. The government also began to build roads connecting major cities in those regions. The majority of the populations in those regions were soldiers, poor farmers, criminals and nomadic people. Along with the expansion of the empire's military and political forces, the culture of the Han people gradually spread throughout the northwestern region.

This is the best-preserved and most complete wooden slip text extant, with the wooden pieces, strings, and ink all mostly intact. The slips are made with four lengths of strings and seventy-seven wooden slips. Other than two blank slips, the rest of the slips show five monthly and seasonal reports about the number and condition of the pots, mortars, crossbows, arrows, and other equipment of the two beacon stations --the P'o-hu and Ch'ien-shang beacon stations-- belonging to the Kuang-ti South Platoon. This set of wooden slips not only allows us to understand how the Han made wooden texts, but also what kind of equipment was available at the border and how it was regularly checked. 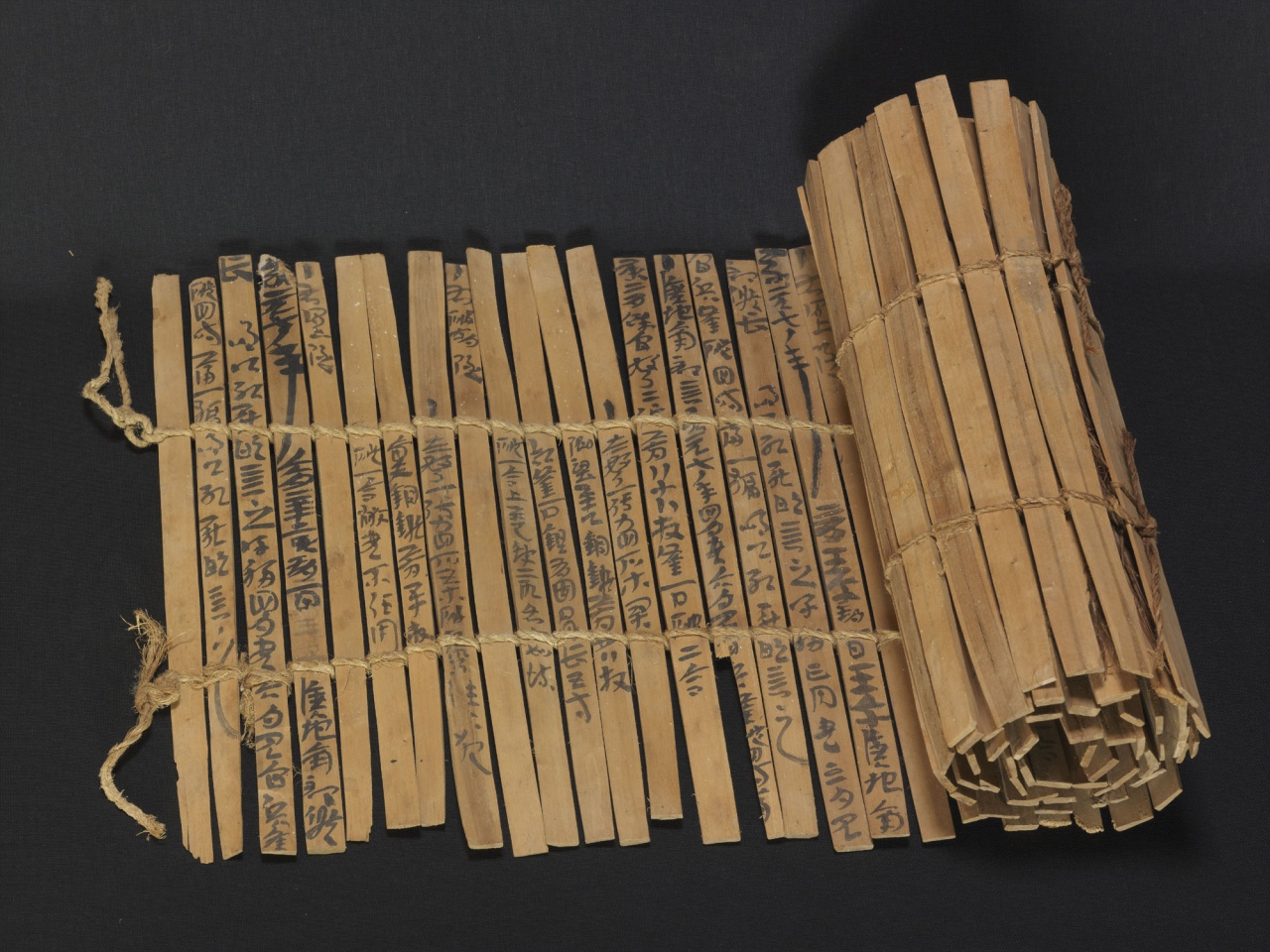