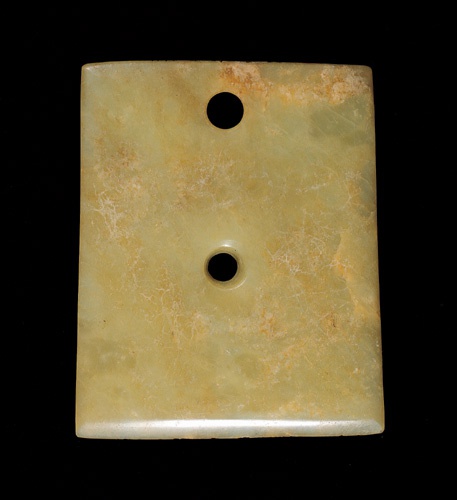 There were nine objects excavated from tomb M2 of Ta-ku-tui, most of which are black or grey pottery. The jade axe was found on the right side of the pelvis of the dead. There are two holes on the axe; the surface was light green and finely polished. Although the axe is plain, it is nevertheless delicately made.