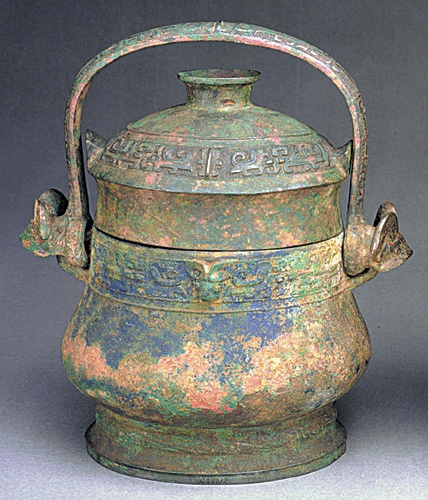 The vessel has an oval cross-section, with k’uei dragons decorating the lid, body and swing handle. Similar inscriptions are found inside the lid and the vessel, each with six characters, indicating it belonged to the person named “邊 Pien.”