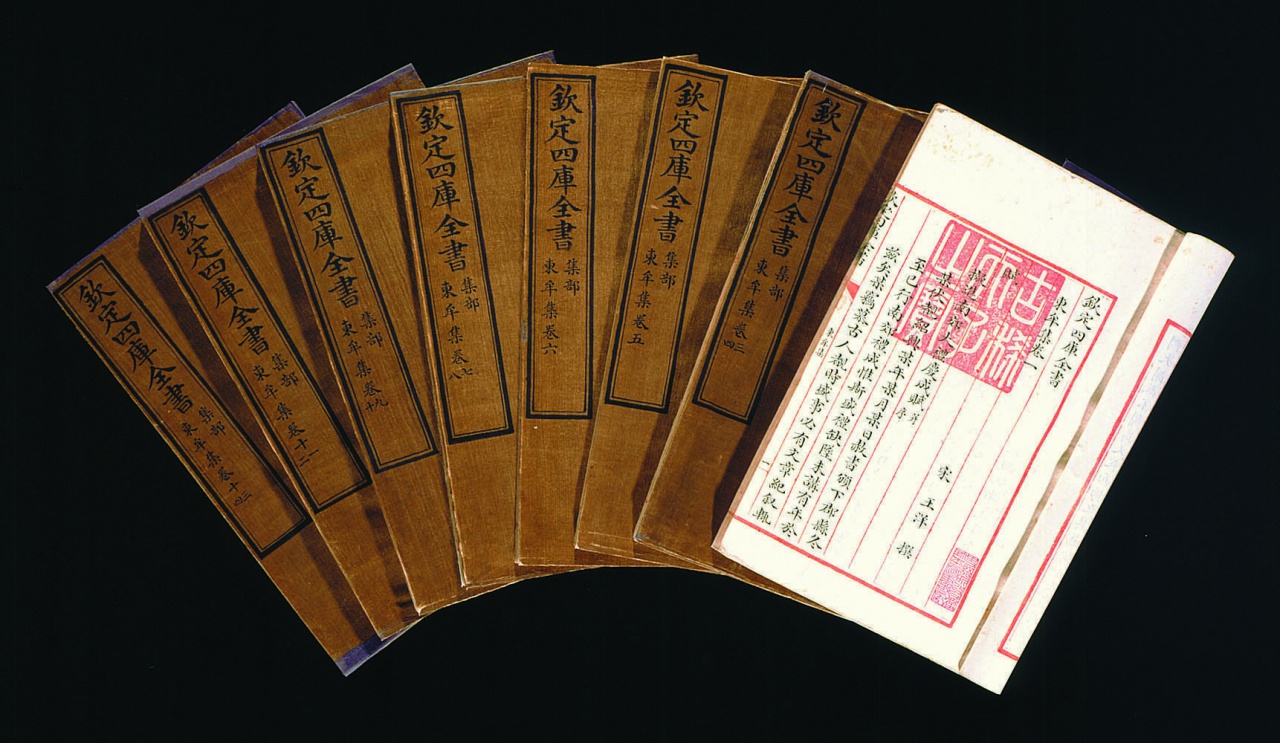 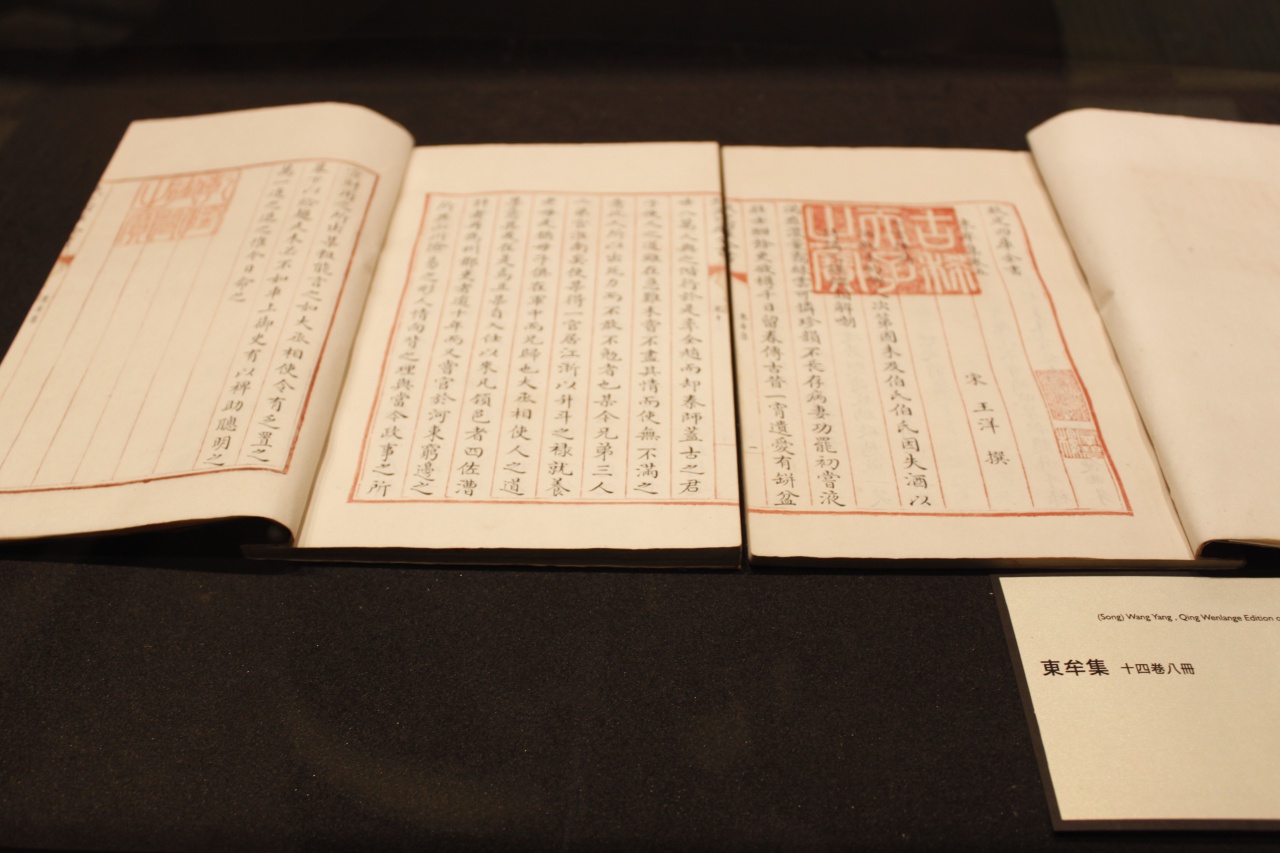 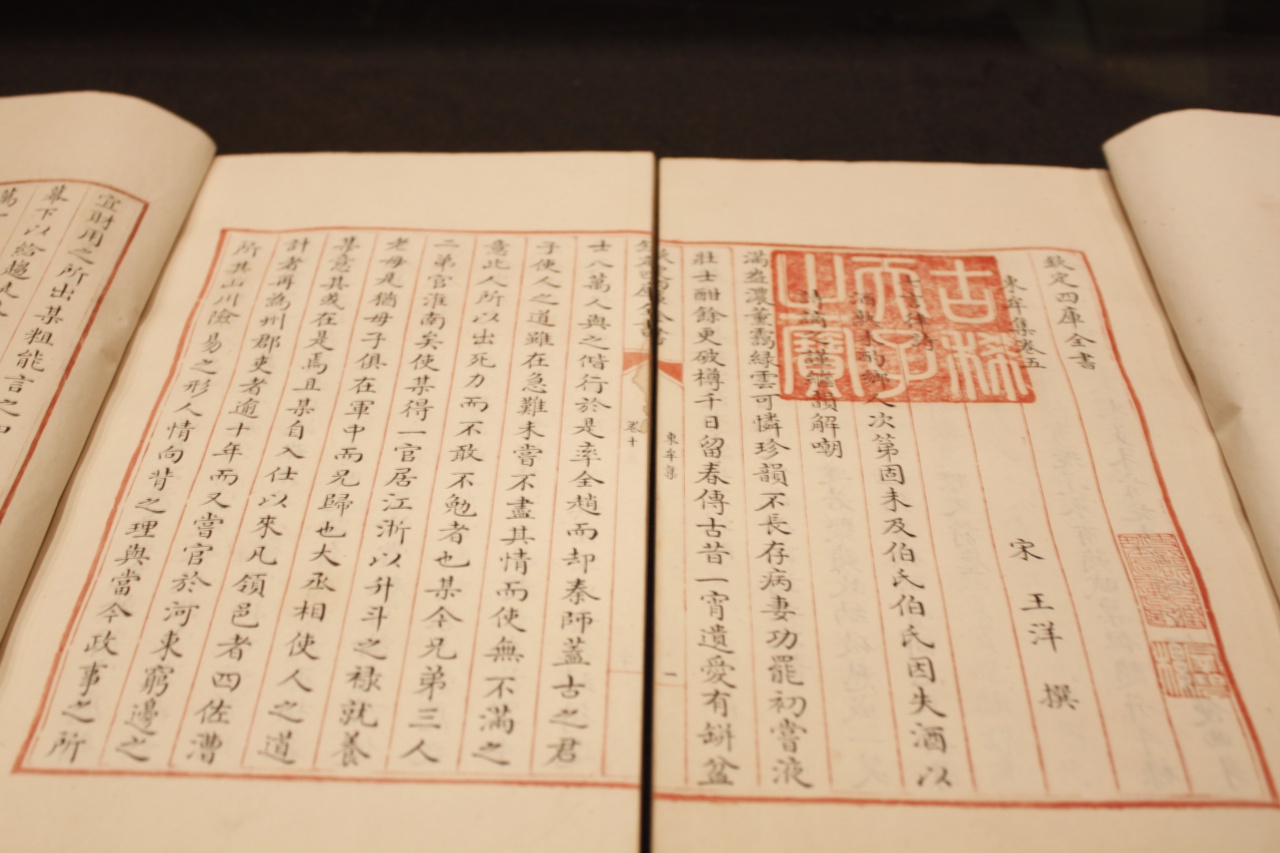 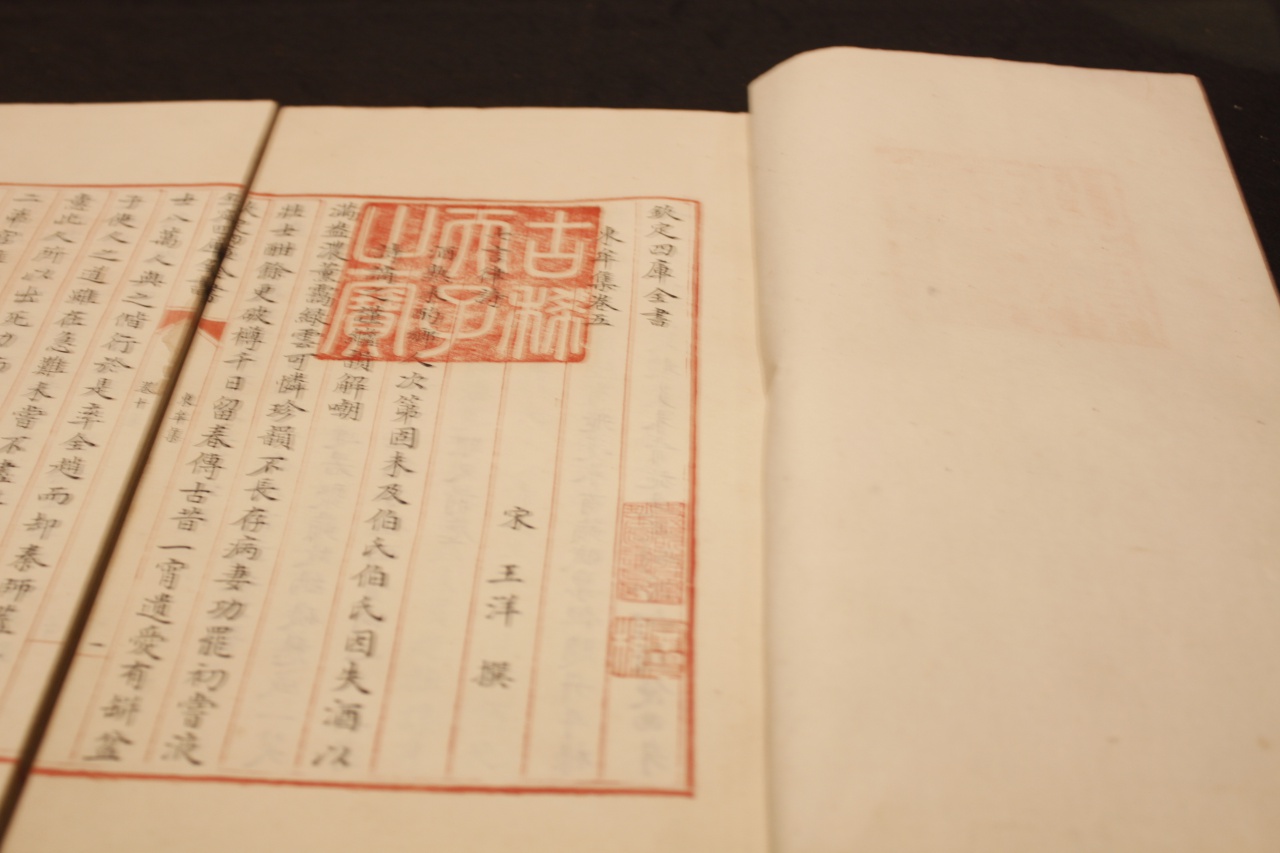 Dongmou ji, or Anthology of Dongmou, is a book with very few copies surviving since the Ming dynasty. This is the original from the Complete Library of the Four Treasuries at the Wenlan Pavilion in the Qing dynasty court. Based on contents from Vast Documents of the Yongle Reign, an encyclopedia compiled in the Ming dynasty, the book features the collection seal of the Qianlong emperor. The Wenlan Pavilion, one of the libraries for storing the Complete Library of the Four Treasuries, was destroyed in fighting with forces from the Taiping Heavenly Kingdom during the mid-19th century, and the books that survived were scattered among private hands. In 1928, the Grand Academy purchased some books of the famous collector Deng Bangshu that were stored at Academia Sinica and in 1934 funds were allotted by Academia Sinica to store them at the Institute of History and Philology, Dongmou ji being one of them. The author of this book was Wang Yang of the Northern Song period. Although a Presented Scholar and serving as a local official, no record of him is found in the official History of the Song Dynasty. Only in the preface to a book by the Southern Song writer Zhou Bida is there a brief mention of his biography. The book includes a collection of Wang Yang’s poetry, prose, and miscellaneous writings. The chapters are divided and arranged by format, the style of Wang’s compositions refined and cultivated.