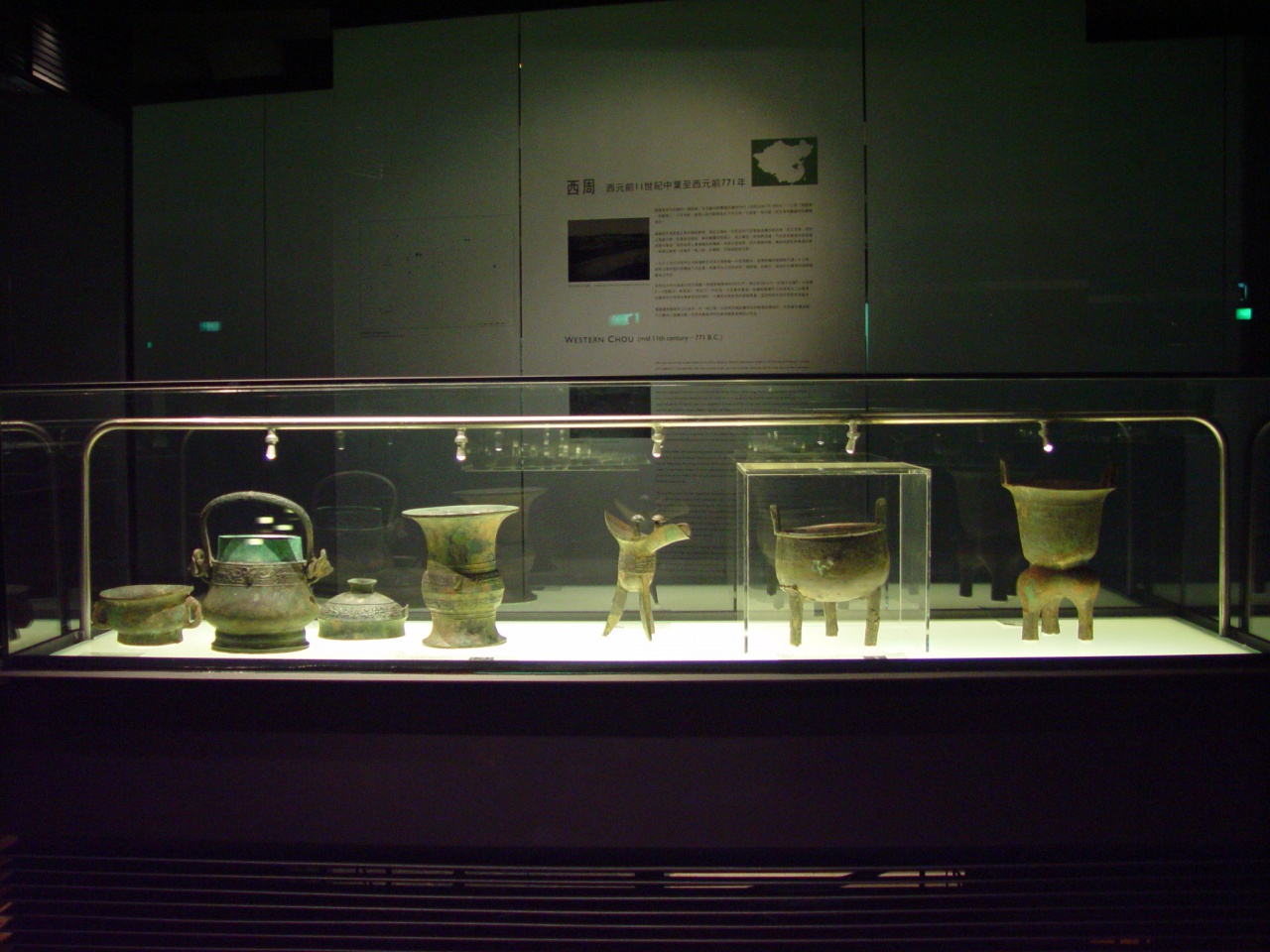 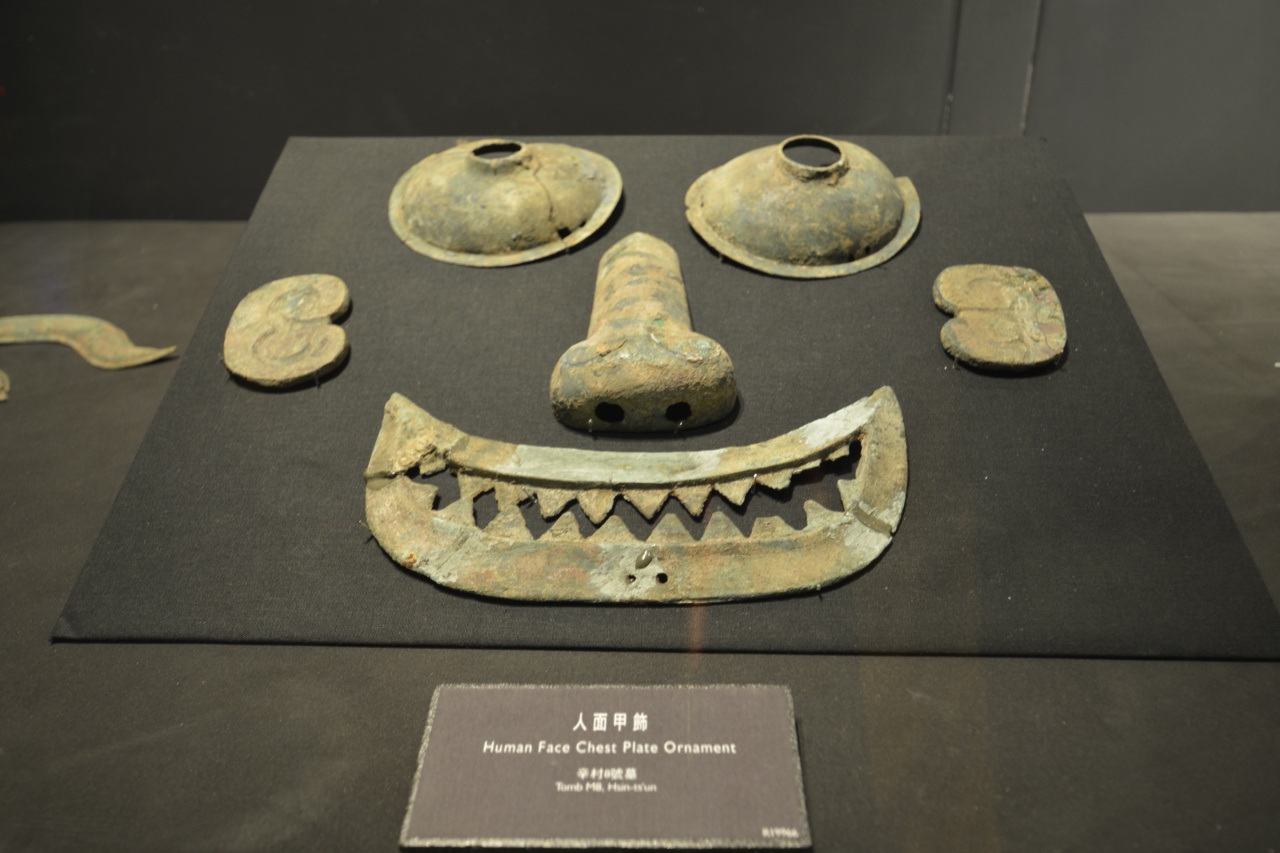 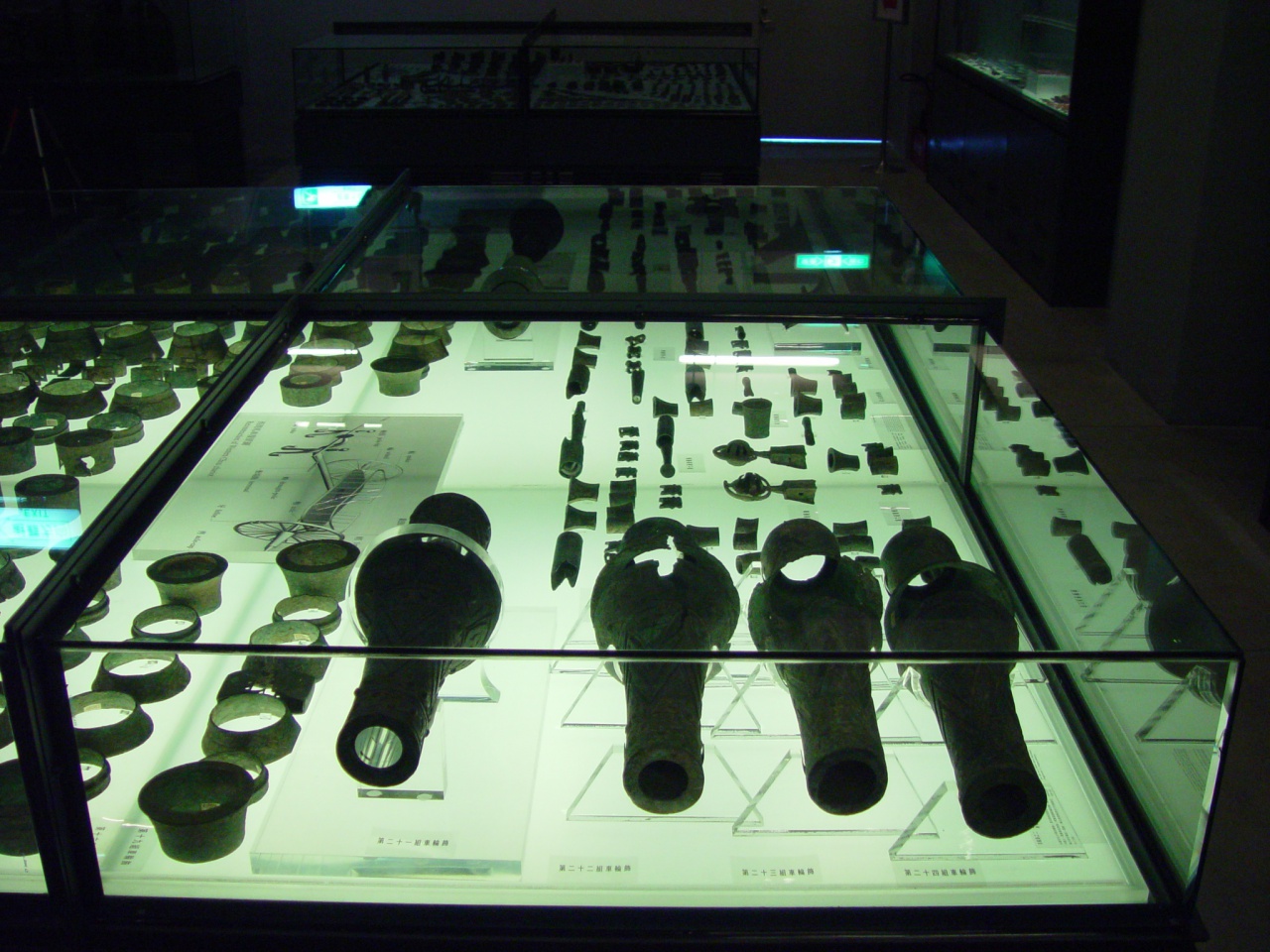 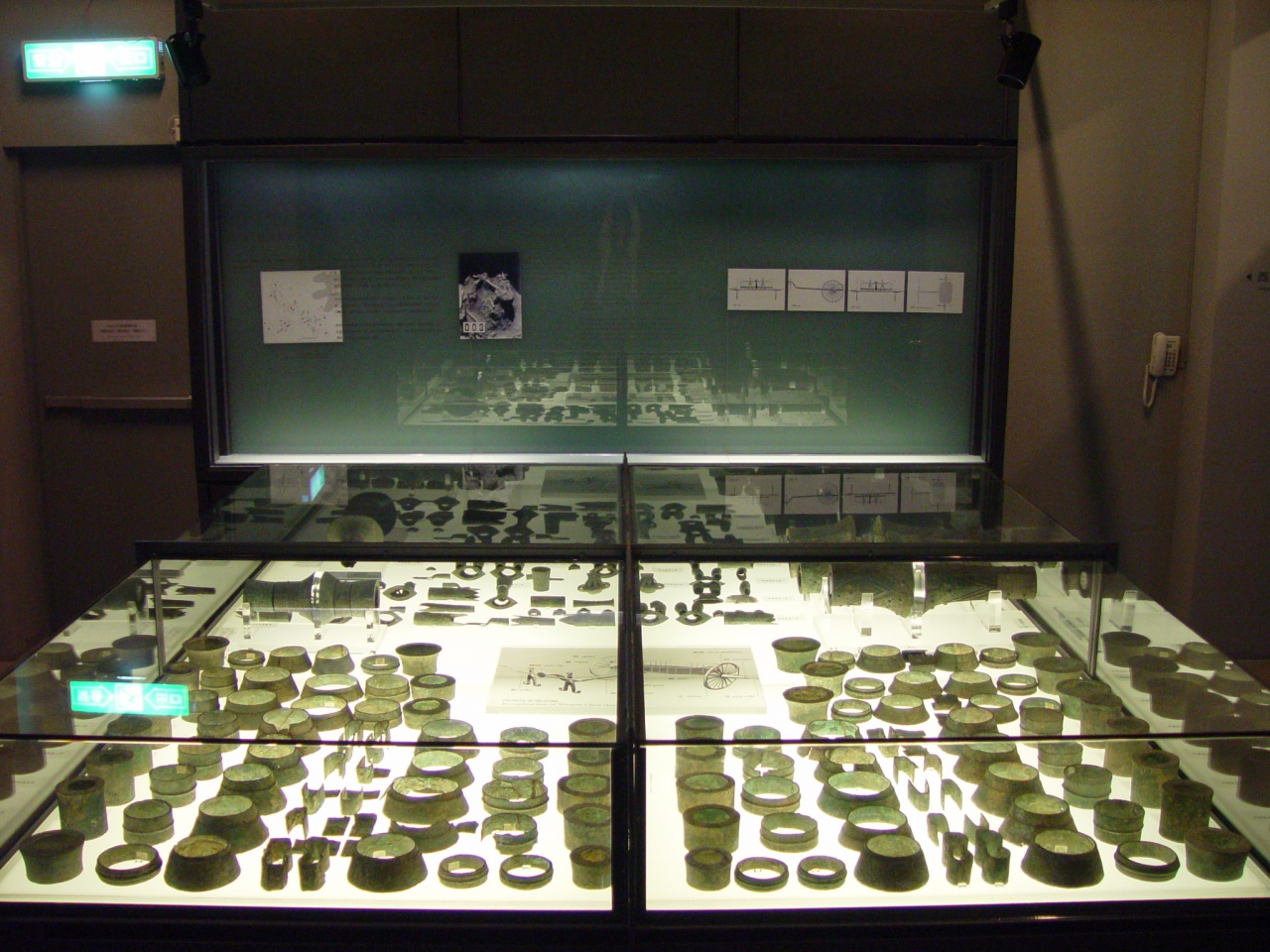 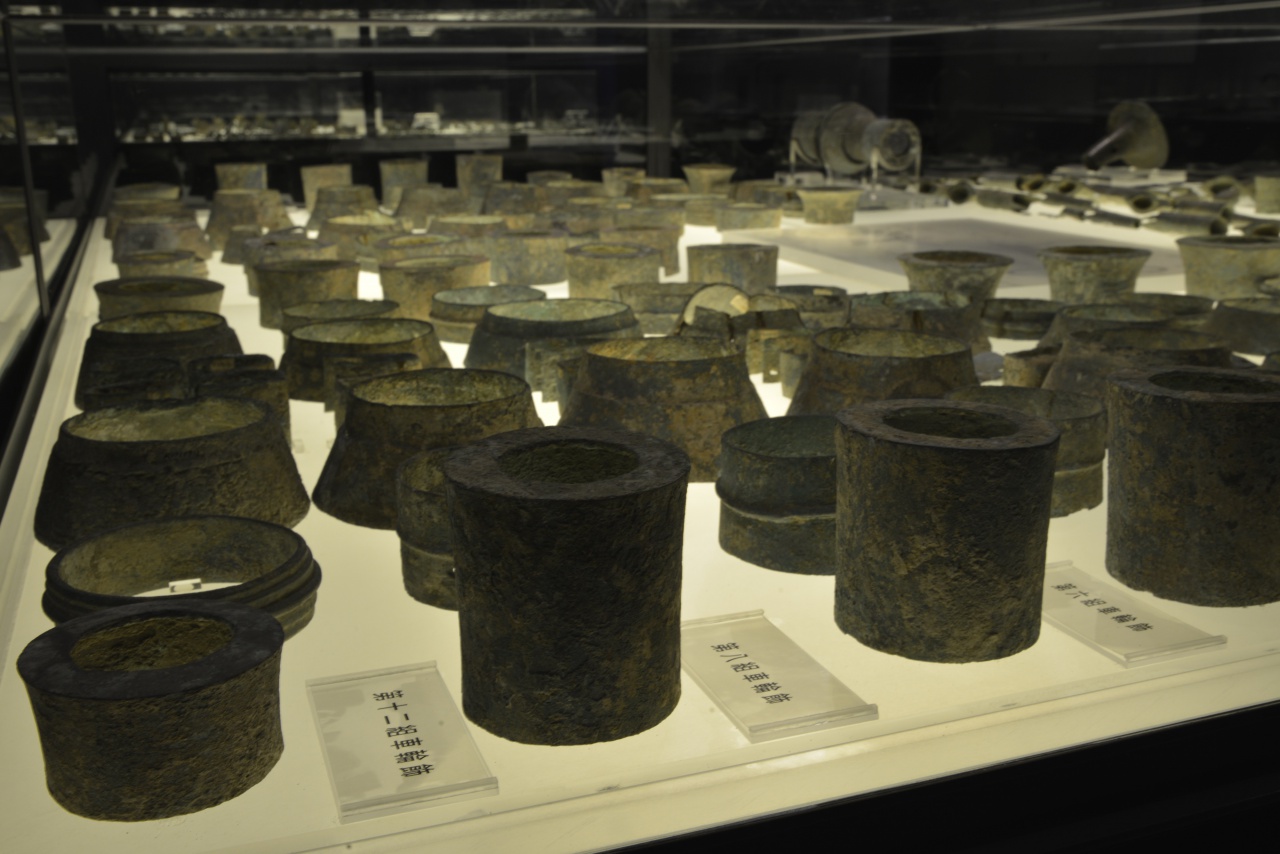 Wei was one of the feudal states of the Chou dynasty. Textual references dated to the Spring and Autumn period (771-468 B.C.) indicate that Wei was a minor state, yet two to three centuries earlier, the state of Wei had been a major power and had played a pivotal role in the Chou conquest of Shang and the establishment of the Chou dynasty.
Wei was originally a dynastic city during the late Shang dynasty. When King Wu of Chou defeated the last Shang king, he then enfeoffed a Shang prince, Wu-keng, to continue governing over the region of the Shang capital at Yin. Upon the death of King Wu there was dissension among the Chou ruling class, and Wu-keng joined the Kuan-shu and Ts'ai-shu factions in their rebellion against the Duke of Chou. A military campaign led by the Duke of Chou put down this rebellion in the east, and the trusted younger brother of the Duke of Chou, K'ang-shu, was then dispatched to oversee the region of Wei. The state of Wei became a key location in the Chou's eastward expansion into and colonization of remaining Shang territories. With the Western Chou capital, Ch'eng Chou, at its rear and the states of Ch'i and Lu to its front, the Chou established a formidable stronghold. The "Eight Army Divisions of Yin" controlled by the Chou royal court was probably based here in Wei.
In the early l930s, the Institute excavated a Western Chou cemetery on the banks of the Ch'i River at Hsin-ts'un, Chün-hsien, Honan Province. The location of this site is approximately twenty kilometers from Ch'ao-ko, a city of the last Shang king. According to several commentaries on the Chinese classics, the state of Wei was located in this region. Furthermore, a piece of armor excavated from the Hsin-ts'un cemetery bore the inscription "Wei-shih Yang" (Yang of the Army of Wei). We may conclude that the Hsin-ts'un cemetery belonged to the state of Wei during the Western Chou period.
The Institute carried out four seasons of excavations at the Hsin-ts'un cemetery. The area excavated measured about 300 m north-south by 500 m east-west, and it contained eight large-scale tombs with tomb ramps, six medium-sized tombs, fifty-four small tombs, two horse-and-chariot pits, and twelve horse pits, for a total of eighty-two tombs and pits. According to the Chou sumptuary system governing funerary rites, large tombs such as these with ramps ought to have belonged to men within the ranks of the high nobility and their wives. In the Hsin-ts'un cemetery, a male and a female were often buried in a pair, with their separate graves side by side. The large tombs at Hsin-ts'un have associated horse-and-chariot pits and small accompanying burials: these are characteristics found in other Western Chou cemeteries as well.
The Hsin-ts'un cemetery was in use from the reigns of King Ch'eng and King K'ang at the beginning of the Western Chou period through the Late Western Chou period or beginning of the Eastern Chou period; archaeologists divide the burials into three periods based on the styles of their furnishings. Most of the large tombs at Hsin-ts'un had been robbed, and only a few of the medium and small-sized tombs remained intact. Fortunately, however, archaeologists were still able to recover the precious and rare horse-and-chariot fittings.