“No one cares about the long years of academic studies, but the world will know after the leap into fame.” In ancient times, Chinese intellectuals ardently hoped to “emerge successful from an imperial exam and be listed on the Placard.” This replica (Wendian Exam in the 27th year of Daoguang Emperor) illustrates the so-called Jinbang (the Golden Placard listing the names of successful examinees.) In the imperial examinations of ancient China, the Golden Placard was called Jinbang, and existed in both small and large form. The small Jinbang was a seperate reproduction made at the time the large Jinbang was being produced, and was solely used for presentation to the emperor himself. 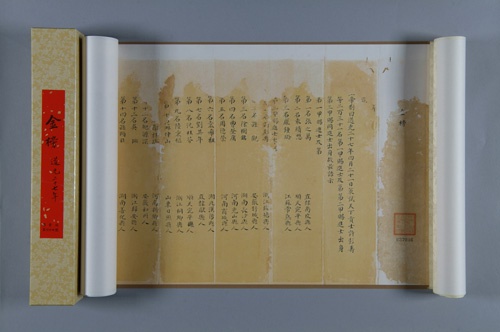