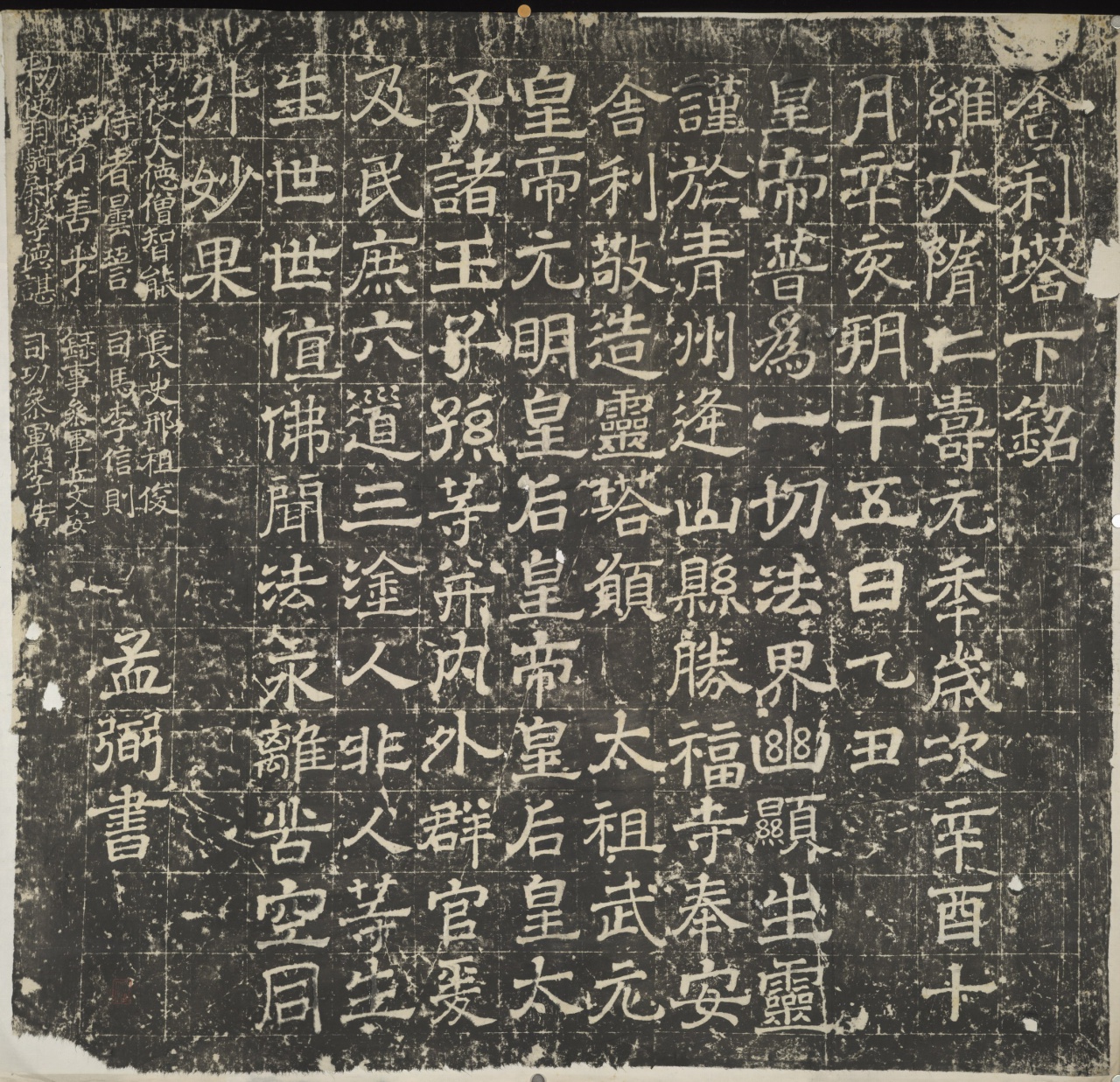 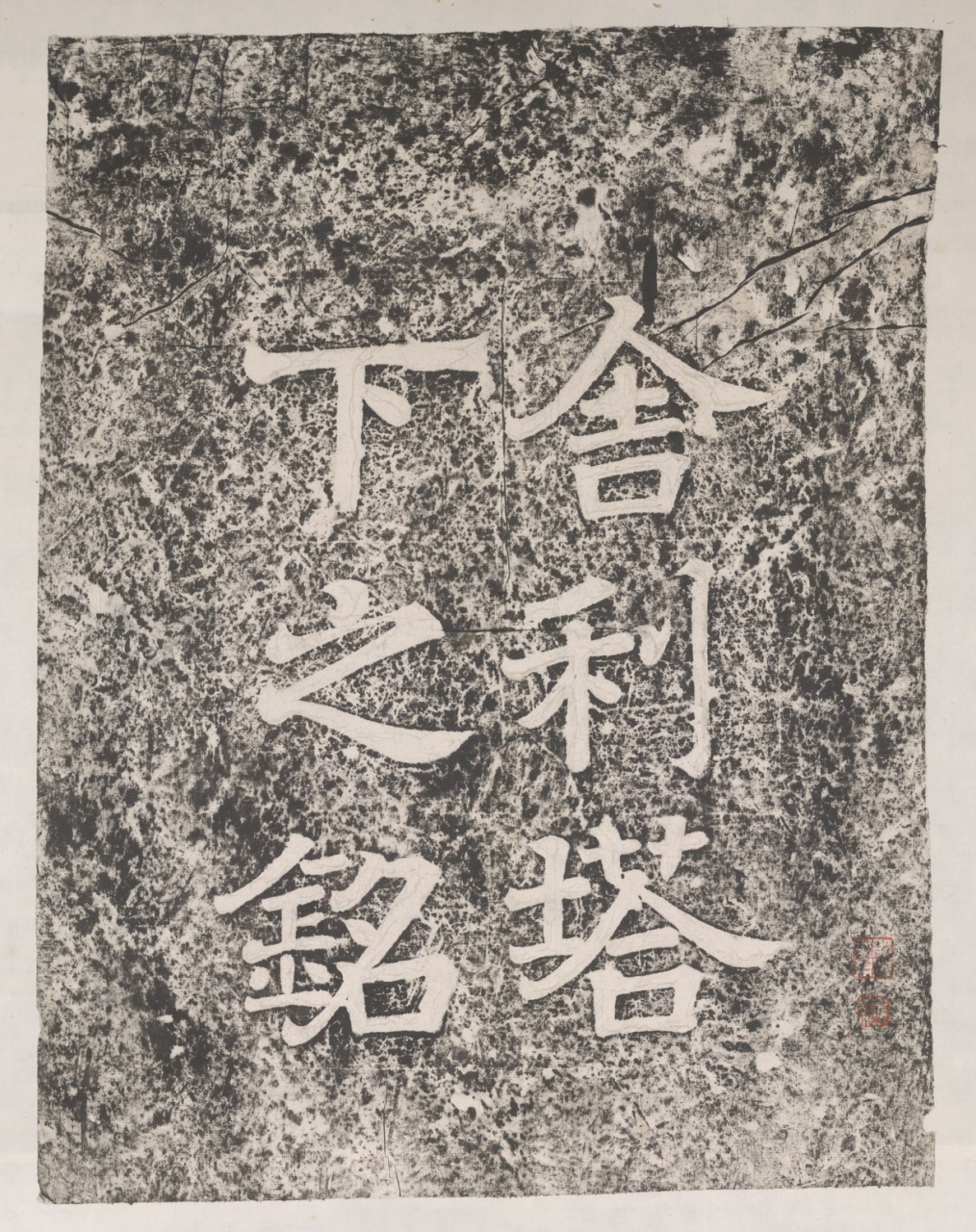 Stupa Inscription at the Shengfu Temple in Qingzhou

Unearthed in Yidu, Shandong; currently stored in the Museum of Qingzhou City, Shandong.

Being an active propagator of Buddhism, Emperor Wen of Sui was eager to portray himself as a guardian of Buddhism and ordered the construction of 45 daxingguosi (state monastery) across his empire.  During the last four years of his reign, for three times he distributed sarira (Buddhist relics) to these state-run monasteries and other temples, and 110 stupas were built by royal decree to house the sarira.  The first distribution took place in 601 BC, and on October 15th of that year, the Shenfu Temple in Qingzhou and other temples receiving sarira simultaneously began their construction of the stupas to house the Buddhist relics.
The Shengfu Temple was built on Mount Yunmen, near present-day Qingzhou City, Shandong, and was renamed as the Guangfu Temple in the Tang dynasty.  The sarira for the Shengfu Temple was personally delivered by the eminent monk Zhi-Neng.  Accordingly to historical records, the audiences witnessed beams of lights shooting out from the sarira when it was to be buried under the stupa.  The inscriptions mentioned that the emperor built the stupa to house the sarira for all sentient beings and wished to dedicate the merits to his parents, kin, courtiers and also all sentient beings, so that Buddha’s teachings could always be heard, followed and practiced until we become Buddhas ourselves.