This dagger-axe has a short blade, and a broken hu (pendant attached to the handle). A section of wooden shaft remained in the ring socket. The characters "Dagger-axe used by Hsia, the King of Chou" were carved on the surface of the blade. 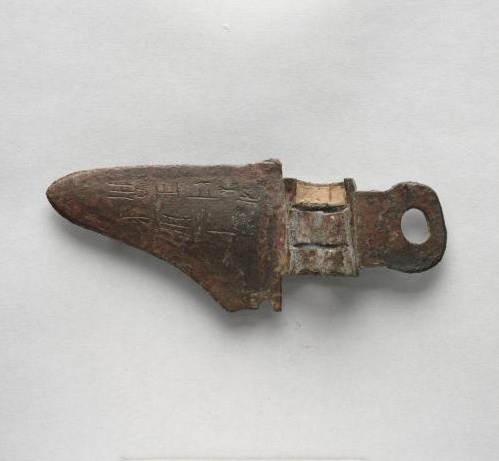