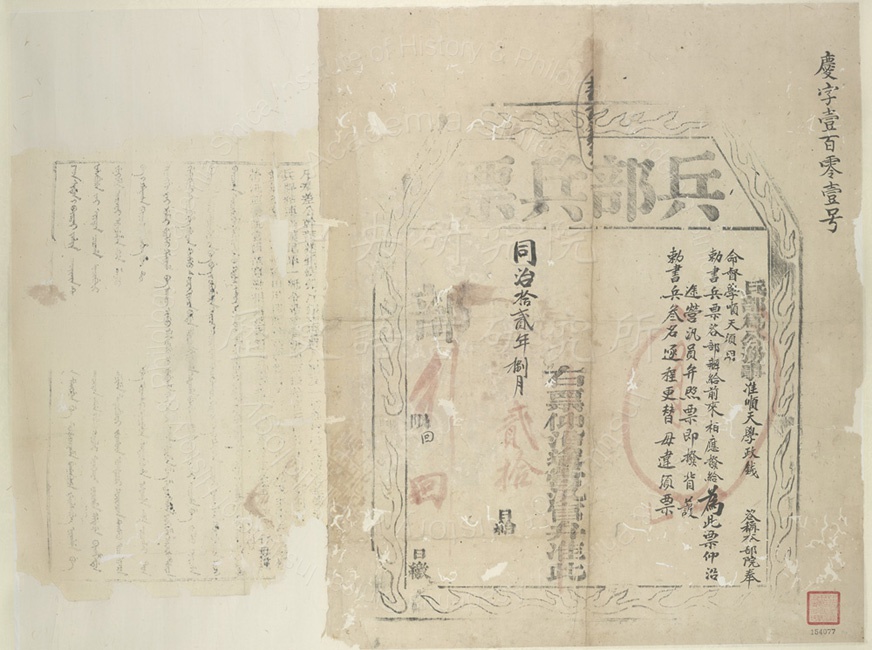 In the Ch’ing dynasty, guards who delivered official documents through military posts required p’iao or tags issued by the Board of War. These tags were printed using wood blocks and were written in both Manchu and Chinese. They would be examined on a regular basis, and the inner or outer yamên would have to dispatch soldiers to escort the documents requested on the tag.